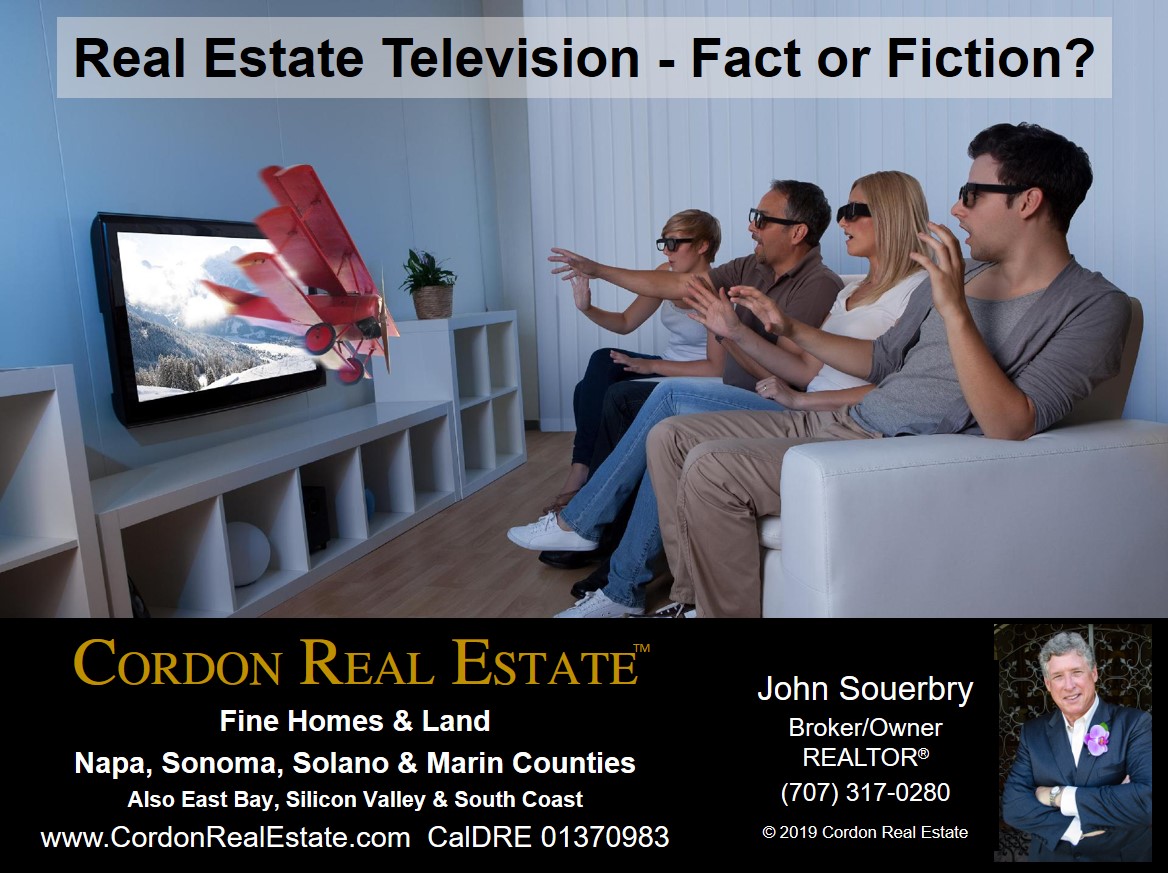 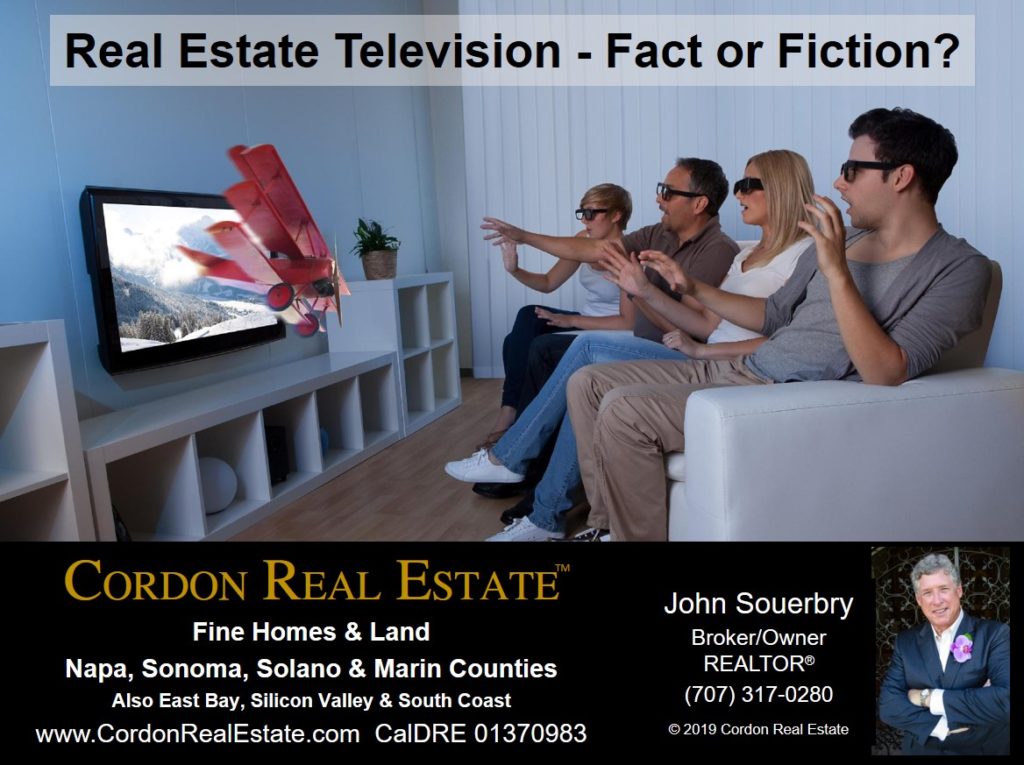 Real estate television shows are extremely popular right now. Most of the top programs are hosted by married (or formerly married) couples, partners or real estate professionals who have become celebrities with loyal followers. Maybe they’re flipping a suburban bungalow, helping buyers search for a beach front get-away, hoping to convince homeowners to stay in their home by remodeling it, or competing like a pack of wolves to sign a lucrative client. Their story lines often blend the old “how-to” format with soap opera drama, sometimes depicting the hosts momentarily locked in bitter disputes over budgets, design concepts or strategy. Dust-ups don’t last long, since typical episodes run thirty minutes and usually conclude with project success and an assumption of harmony among the cast. It’s a slice of life approach in which hosts welcome viewers into their sometimes crazy world and share their secrets of success. But is the content of these shows mostly fact or do they sometimes take artistic license to the point of bordering on fiction?

Reality television has been re-defined in the past few decades to include not just the original concept of hidden-camera revelations, but also scripted, semi-scripted, un-scripted and re-enactment style productions. Today’s real estate television shows appear to incorporate a mix of those approaches to create interesting content. Real estate is a tough subject to tackle, since even simple transactions have a lot of moving parts and many characters with their fingers in the pie. To capture the entire project cycle of a simple flip, home renovation or home search in thirty minutes is a miracle of plot development and creative editing.

What if viewers want to duplicate projects they see on TV? How many how-to details important to just getting started are omitted or edited out to make room for purely entertaining show content? Often as much as half, perhaps more, depending on the project. But that’s OK – the vast majority of viewers just want to be entertained and inspired and perhaps pick up a nugget or two of useful inside information. However, share a couch with a seasoned construction or real estate professional while watching real estate television and you’ll find yourself in a fops corner* receiving an earful of running commentary about the show’s information gaps or questionable plot lines. Here are six of my most common insights into a few of the topics often presented. 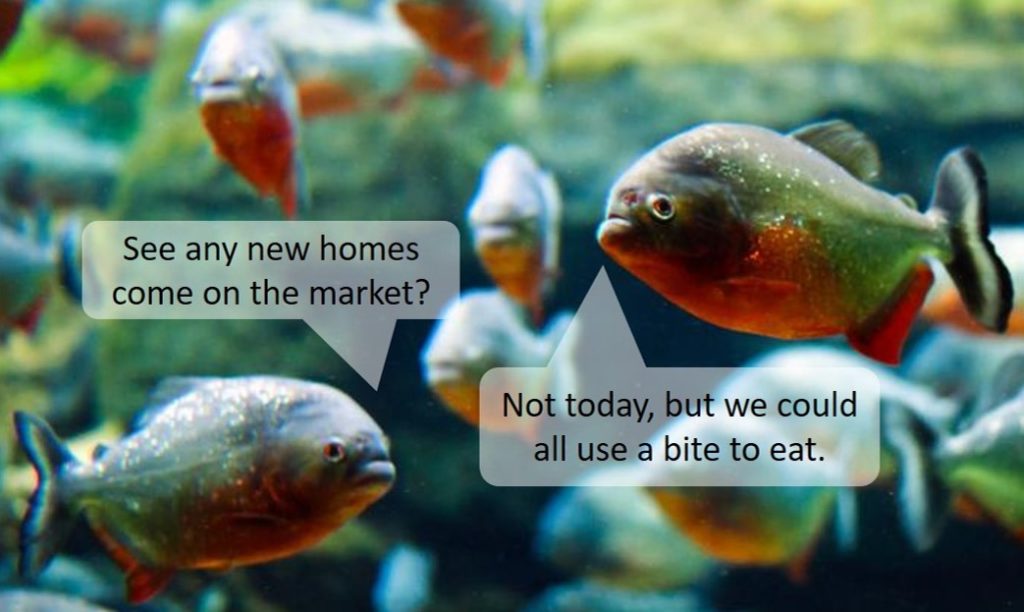 1. Buying Flips Can Be Like Swimming With Piranha. Competition to buy potentially lucrative flip properties can be brutal. There are often dozens of active flippers in medium-to-large metropolitan areas and not enough properties for sale to meet demand. Offers and counter-offers on new listings can fly back and forth for a week or two. Most flip shows start with a phone call to the owner or agent representing a new listing and the deal is wrapped up with a minimum of haggling. Properties located in hot real estate markets, especially homes in very bad condition and therefore having the greatest profit potential, often sell after several rounds of offers are made by multiple competing buyers. When counter-offers drive up the price as far as the seller thinks they can push it, they call for everyone’s Best And Final Offer (BAFO). If the BAFOs don’t result in a clear winner, the seller might ask for another round of BAFOs, which I call BARFOs (Best And REALLY Final Offer). They’re not common, but I’ve seen offer/counter-offer scenarios that could yield enough script material to produce a mini-series with thirteen hour-long episodes.

2. It’s A Load-Bearing Wall, God Help Us Now. It seems that in every series, unforeseeable and insurmountable problems “suddenly appear” in each episode and threaten to tank the project (“black moment” in script vernacular). That’s great for creating dramatic tension, but major surprises seldom pop up during most flips or remodels unless caused by human error. Experienced flippers know the risks commonly found in homes built during certain periods or with certain materials. They specifically address and mitigate those risks by having homes thoroughly inspected prior to making an offer or closing the sale. Auction properties can be an exception, since some auctions do not allow interior inspections prior taking ownership. 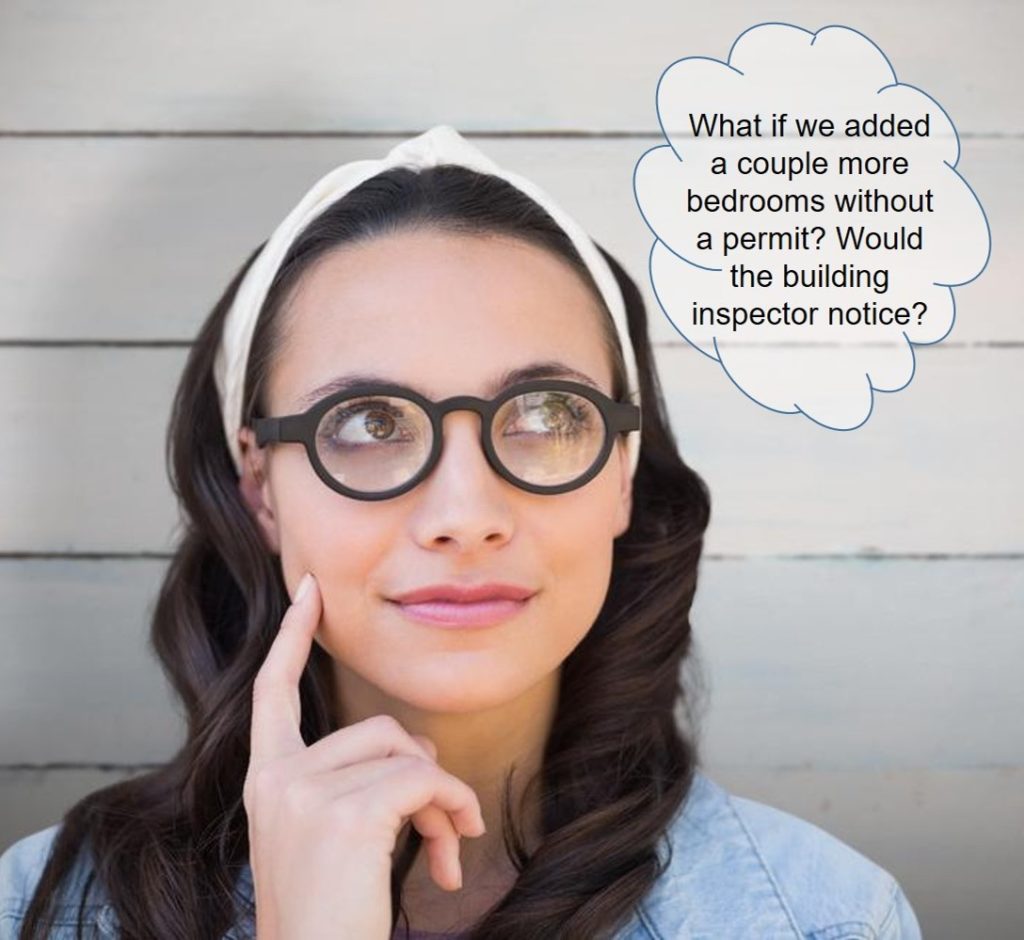 3.  We’ll Make Structural Design Decisions On The Fly, What Could Go Wrong? Structural design decisions are seldom made mid-project during a flip or remodel. One reason is that the cost to implement a design change could be higher than the cost of the original plan. The second is that most remodeling projects depicted in real estate television are the type that require design approval by the local building department and permits must be issued prior to putting the home back together. That means the location of newly-constructed walls, gas line hook-ups, fences, etc. are documented for building department review up-front. Plan review and approval periods can vary, sometimes resulting in waiting periods of several weeks – even months. Changes to plans are usually reviewed on a fast track, but can still delay a project. Cosmetics like tile, paint and window coverings do not require permits, so they are often selected on-the-fly.

4. Dèjá Vue, I See You… Again.. And Again. Not every remodeled property ends up as a unique design. Most flip shows follow the designer to a warehouse store or building supplier where they shop for just the right tile, counter tops, cabinets and fixtures to fit their current project. They carefully select colors and patterns for each room and turn the home into a modern art masterpiece. While interesting, that isn’t a common scenario. Active flippers often buy materials such as tile, paint, faucets and light fixtures at volume discounts and store them until they have a place to use them. They look for deals on remnants, discontinued products and odd pieces that look great but can be bought cheap. Rather than creating bold tile designs or painting with blazing hot colors, they prefer neutral shades that appeal to a larger segment of buyers. They might even use the exact same tile, paint and flooring scheme in the bathrooms of every home they flip until they run out of the matching materials – saving time and money and padding their bottom line.

5. Apples, Oranges And Sour Grapes. Don’t compare that kitchen remodel bid you received from a licensed contractor with the estimated cost for a similar project you see on flip and remodel shows. The comparison is nowhere near apples-to-apples. Several factors are in play that could make that TV cost estimate less than half what you would pay. One of the largest variables is who provides the labor. Several TV hosts own the construction companies that remodel their flips, so labor and materials are provided at cost. The host might even participate in demolition and re-build activities personally to cut labor costs further. If you get into flipping, you may wonder why your estimates are still higher than what you see on TV. It could be that you’re not getting big discounts on materials because your purchasing volume is still relatively small or that you are doing projects in a higher cost area. Don’t cry sour grapes, you’ll get there. Finally, when it comes to the end of the show and a recap of the numbers indicates closing costs lower than what you’d expect, it’s often because the flipper is also a real estate agent and waives their commission.

6. “Let The Counting Be Three, And Not Two, Unless Two Is Counted On The Way To Three…” Ever have an agent refuse to show you more than three properties when looking for a home? That’s the number we almost always see on shows that feature buyers looking for a home or weekend getaway. They see three properties, then have to pick one. Three is a good number given time constraints faced in producing these shows, but it doesn’t reflect the normal house hunting experience.  In reality, it can – and usually does – take a long time and many home viewings before buyers find the right home and make an offer. Some brokers estimate their buyers look at an average of ten homes before making an offer. If you haven’t looked for a home before, don’t be discouraged. Some buyers find their home within days of starting their search. There’s just no way to know what will come on the market.

I hope you enjoy real estate television as much as I do. I find most of the popular shows factual within the context they’re presented, even when time frames, costs and other aspects of a project might appear unrealistic for us to duplicate on this side of the camera.

Have questions regarding my observations of real estate television or real estate in general? Drop me a line: Contact Us.

* In 18th century English theater, a special area was set aside near a corner of the stage where fancily dressed gentlemen who considered themselves witty (“fops”) congregated and made jokes or provided criticism of the play as it was presented. That area was called fops corner or fops alley. Back then it was considered stylish to be a fop, today ushers would throw these guys into the street.