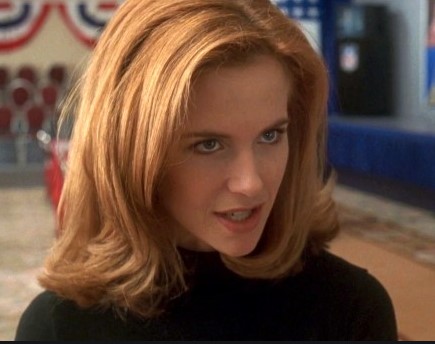 It’s hard to believe Jerry Macguire was released 24 years ago, given its timeless message of friendship, hope, integrity and love and a cast that is mostly still active in the film industry today. Kelly Preston plays Avery Bishop, Jerry Macguire’s feisty fiancé until Jerry (Tom Cruise) loses his job as a sports agent and goes it alone to pursue his philosophy of fewer clients, better service. He is joined immediately by accountant Dorothy Boyd (Renée Zellweger) and finds a soulmate for business and life.

Popular lines from this movie include “show me the money!” and “help me, help you!” Funny throughout, but it all comes down to romance in the end.

7.3
Jerry Maguire (1996) 139min | Comedy, Drama, Romance | 13 December 1996 (USA)
Director: Cameron CroweWriter: Cameron CroweStars: Tom Cruise, Cuba Gooding Jr., Renée Zellweger
Summary: When a sports agent has a moral epiphany and is fired for expressing it, he decides to put his new philosophy to the test as an independent agent with the only athlete who stays with him and his former colleague.
Countries: USALanguages: English, American Sign Language
Source: imdb.comDisclaimer: This plugin has been coded to automatically quote data from imdb.com. Not available for any other purpose. All showing data have a link to imdb.com. The user is responsible for any other use or change codes.

To see photos and short film clips of today’s additions and our other film and TV recommendations, click here: Silver Screen Selections.